Newsletter / January 2023 / What did we do and what did we learn in the Children’s Rights and Respect for Differences Study?

One of the most important obstacles to children’s access to and continuity of education is ‘peer bullying’. Bullying is negative intentions and behaviors that are learned in childhood and applied directly or indirectly to another person or living thing throughout life. We designed an activity in 2022 to help children cope with peer bullying. The aim of the ‘Children’s Rights and Respect for Diversity Workshop’ is to facilitate children’s understanding of children’s rights with examples and to enable them to empathize more with each other and with other living things. 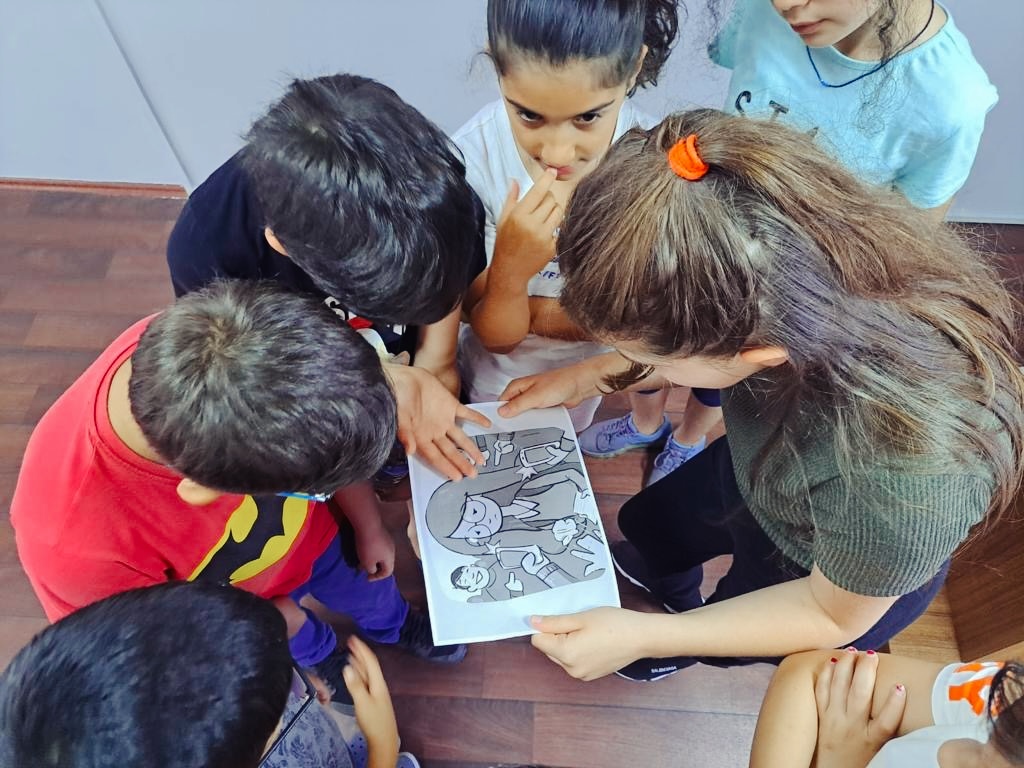 We developed the ‘Children’s Rights and Respect for Differences Workshop’ for children between the ages of 7-14 and designed it in a structure that can be applied with large groups. The activity was developed by a team with expertise in social psychology, child and adolescent mental health, psychological counseling and guidance.

With the application, we aimed for children to see and experience that they can approach others in the same way they would like to be approached. That’s why we designed the application in two parts as children’s rights, the right to be different and gender equality. We have created exemplary situations where peer bullying and discrimination based on gender inequality take place. We conducted group work in which children evaluated these situations in terms of discrimination and children’s rights, where they can develop empathy by drawing similarities with the examples.

In 2022, we implemented this activity with a total of 365 children (185 girls, 180 boys). The implementations were made with 4th grade students aged 9-11 at Avcılar Leyla Bayram Primary School and four different groups of children aged 7-14 at Fatih Municipality Information House and Semt Konakları. 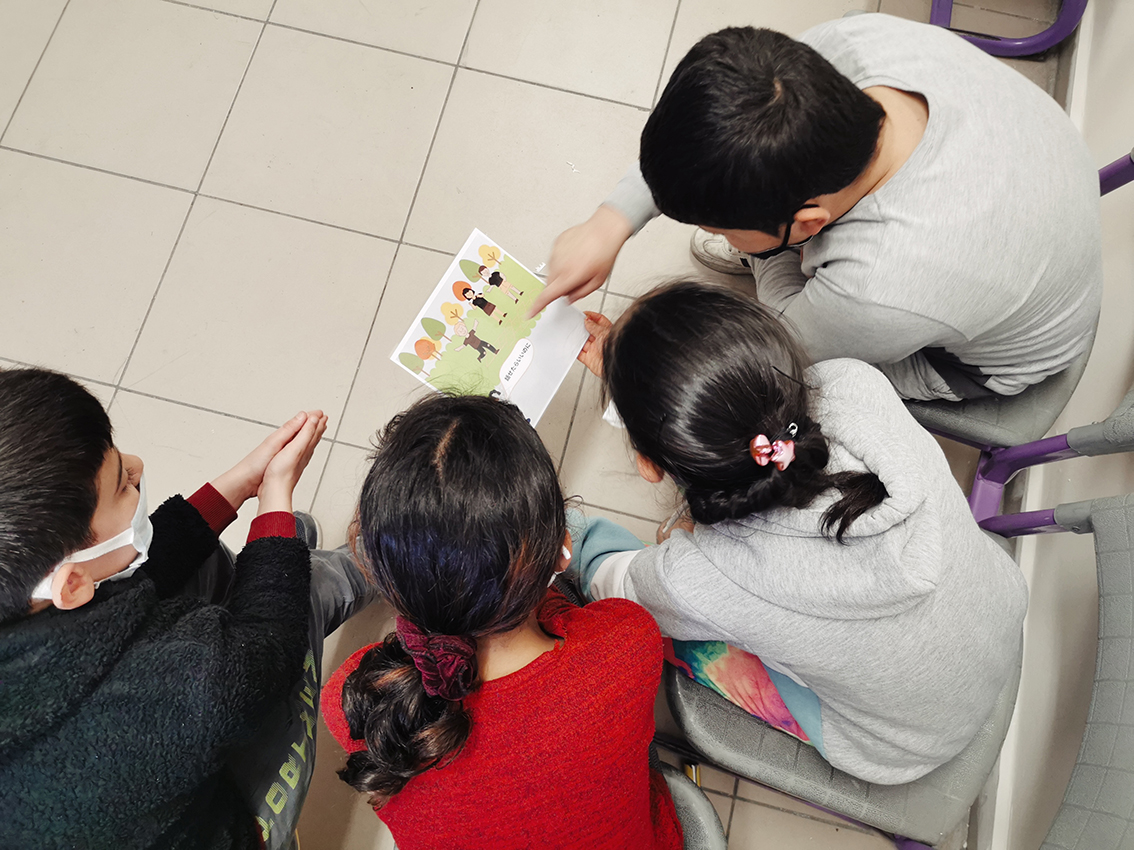 As a result of the study, we saw that children learned to say “no” and “stop” in the face of an undesirable behavior. This result shows the importance of strengthening the reflexes of saying “no, stop” in studies to be developed for children.

At the end of each workshop, we asked them “What do you have in mind today? What are you going to tell your sister to your parents when you get home?”. Looking at their answers, we see that the most memorable ones were children’s rights and good behavior patterns. 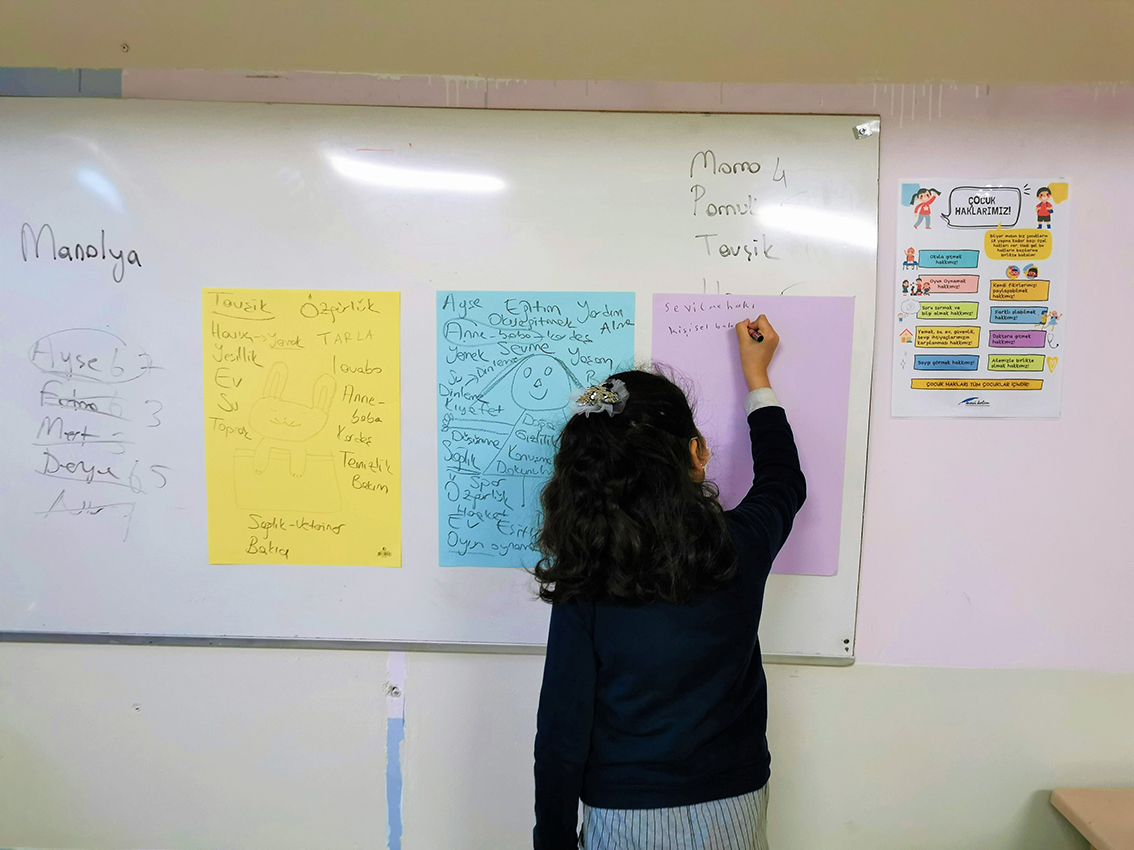 We think that it would be supportive if this activity, which enables children to reinforce their positive behavior and language patterns, with the same groups of children at a certain frequency.